The Traffic of Women and Children

On 23 September, 1921, the General Assembly of the League voted to appoint a commissioner of the League of Nations in Constantinople to be the chairman of a board for the reclamation of Armenian women and children displaced in Turkey. The National Council of Women of Great Britain and Ireland was also influential in raising awareness on this issue. The commission would go on to expand it's work to aiding women from all over the world, but especially those the organization believed were at risk of becoming involved in prostitution or human trafficking. Other women's groups, such as the Mother's Union, asked the League to work for "the total abolition of prostitution, licensed houses, and maisons tolereés," which they believed encouraged human trafficking.

Tattooing of Women and Girls

Under the direction of Dame Rachel Crowdy's Social Section within the League of Nations Secretariat, was a "Comission on Deported Women and Children in the Near East (Turkey)." This small commission worked to report on and aid the displaced women and children in Turkey. In her correspondence, Dame Crowdy recieved a copy of "The Slave Market News". In this short pamphlet, the authors discussed the tattoos found on young "white and Christian" Armenian girls. The authors stated that the small tattoos found on the girls' faces and hands were put there by "moslem" men and were meant to mark the girls as property. 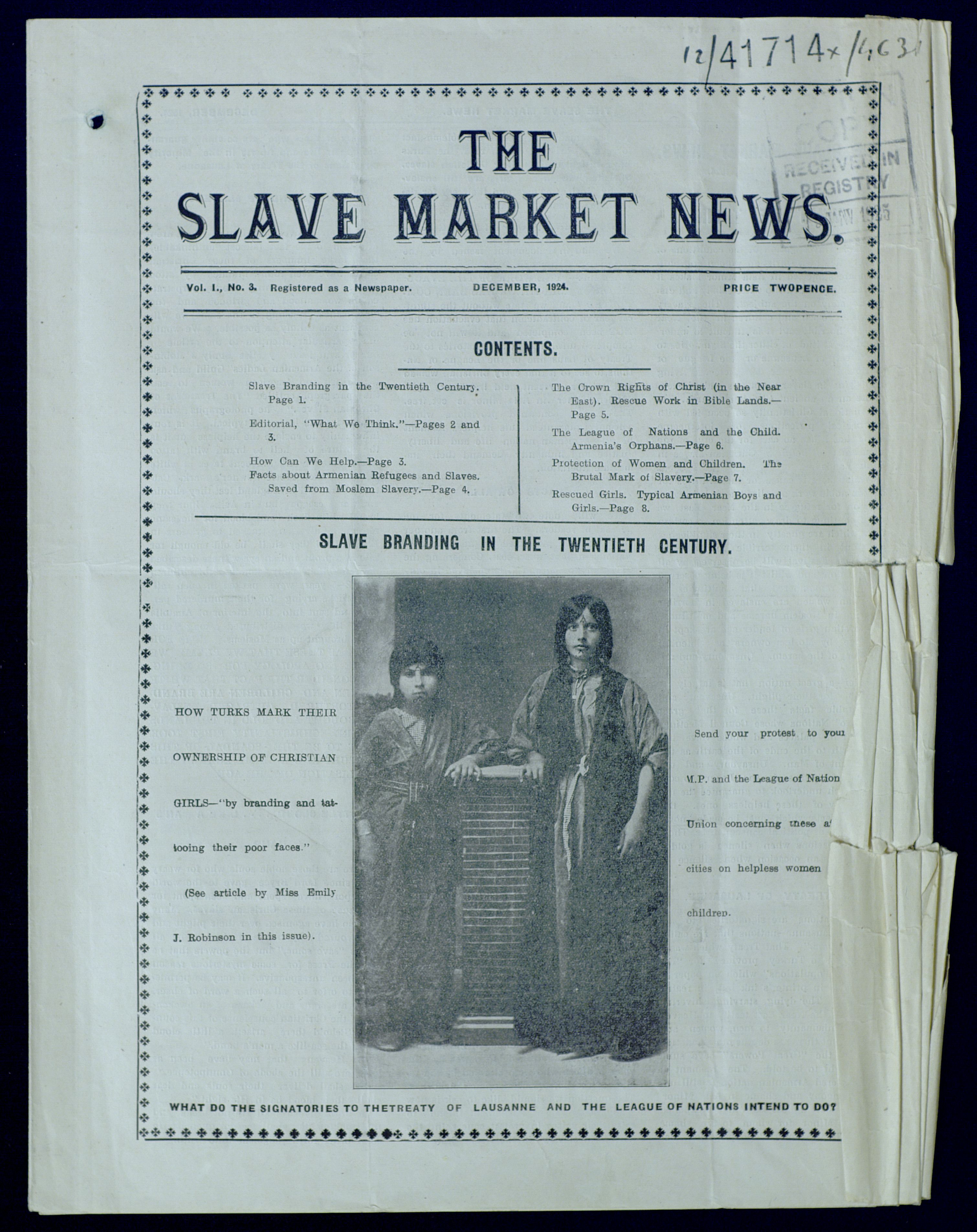 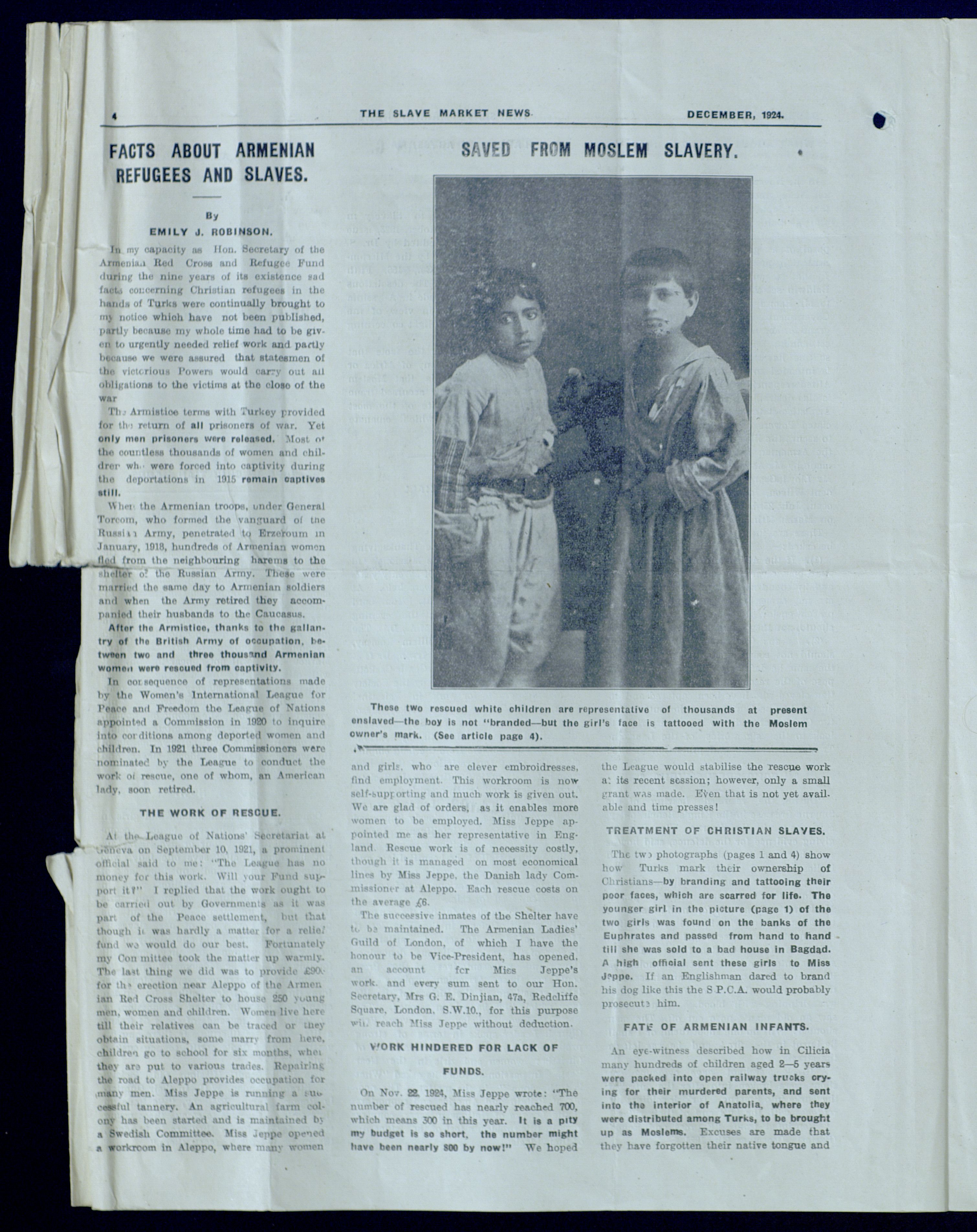 Dr. Mary Gordon wrote to Dame Rachel Crowdy on 30 June, 1921, to inform her of the practice of tattooing young girls which she believed prevailed "in most European cities." "This is a most mischievous practice," she said, "as those subjected to it are thereby branded as prostitutes and even if they afterwards wish to adopt a more honourable life, and to engage in honest work, find it very difficult to do so."

Gordon further explained the plight of tattooed girls in Europe by comparing their situation to white slavery. She wrote, "The girls are to a very special extent made white slaves by teh tattooer, he delivers them in many ways into the hands of their enemies."

The International Federation for the Abolition of State Regulation of Vice sent a copy of their pamphlet, "Shield" to the League of Nations, in order to persuade the organization to abolish all forms of sex work. In the pamphlet, the organization's founder, Josephine Baker, states, "A perfected measure of Regulation means a perfected system of White Slavery." Meaning that even women participating in well-regulated and legalized sex work effectively had no freedom.

Disagreements over regulation of publications

"Immoral" or "obscene" publications were tied up with the issue of white slavery by some like Dame Crowdy, who believed that the publications perpetuated human trafficking, and vice versa. However, not everyone was convinced the League needed to get involved in the regulation of obscene publications. In correspondence with Crowdy, the Director of the Legal Section wrote, "The nature of the matter is somewhat different from that of White Slave Traffic, where the desirability of international state interference had been quasi-unanimously recognized and where detailed treaty-legislation was already in existence."

However, in a statement submitted to the 5th Committee on the Traffic of Women and Children, Winnifred Coombe-Tennant, delegate of Great Britain, declared, "It has long been recognized that the trade in obscene publications like the traffic in women and children with which it has close affinities is largely international in character and can only be effectively dealt with by international action."

In this case, the issue was framed as being more harmful to the children who might see the obscene publications, rather than the women who were pictured in them. The Committee for the Promotion of Child Welfare later recommended the drawing up of an agreement to "safeguard children from the dangers of demoralizing" cinema performances and other publications.

"Obscene publications" in the archives