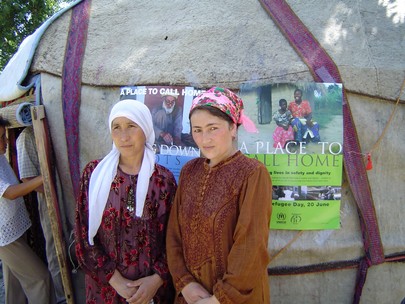 20 June is celebrated as World Refugee Day. The UN General Assembly, on 4 December 2000, adopted resolution 55/76 where it noted that 2001 marked the 50th anniversary of the 1951 Convention relating to the Status of Refugees, and that the Organization of African Unity (OAU) had agreed to have International Refugee Day coincide with Africa Refugee Day on 20 June.
Photo Credit : UN Photo/IRIN

World Refugee Day provides a prime opportunity to reflect on all those forced to flee and intensify our support.

World Humanitarian Day (19 August) is an occasion for the UN family and the world come together to recognize aid workers who have lost their lives in the line of duty and to celebrate the passion of humanitarian work. The 2013 commemoration marked the 10th anniversary of the deadly attack on the UN offices in Baghdad.