Faces of the League of Nations

Lord Robert CECIL (Edgar Algernon Robert Gascoyne-Cecil, first Viscount Cecil, 1864-1958), British lawyer, politician and diplomat, often referred to as one of the architects of the League of Nations, and a strong advocate for disarmament both as a delegate and in mobilizing public opinion. His service to the organization saw him awarded the Nobel Peace Prize in 1937.

Dino GRANDI (1895-1988), Italian politician and lawyer, minister of justice, minister of foreign affairs and president of parliament, member of the Italian delegation to the Disarmament Conference. Grandi was an Italian Minister of Foreign Affairs (1929) and then as Italy's ambassador to the United Kingdom (1932 to 1939).

Arthur HENDERSON (1863- 1935), British Labour politician, first Labour cabinet minister, won the Nobel Peace Prize in 1934, served three separate terms as Leader of the Labour Party. He worked with the World League of Peace and chaired the Geneva Disarmament Conference in 1932-1934.

Salvador de MADARIAGA (1886-1978), Spanish diplomat, historian, writer and pacifist. He was nominated for the and the Nobel Prize in Peace and in Literature. He became a press member of the Secretariat of the League of Nations in 1921, and chief of the Disarmament Section in 192, he led the so-called coalition of small states during the Disarmament Conference.

Joseph PAUL-BONCOUR (1873-1972), French politician and diplomat of the Third Republic. Member of the Republican-Socialist Party, Prime Minister of France from December 1932-1933. Permanent Delegate to the League of Nations in 1936.. France's Minister of State charged with League of Nations affairs.

Bessie RISCHBIETH (1874 –1967). Australian feminist and social activist. A founding member of the Women's Service Guilds and The Australian Federation of Women Voters. She lobbied for women's representation in, and was appointed to, the Australian delegation to the League of Nations.

Marguerite de WITT-SCHLUMBERG (1853 – 1924), president of the French Union for Women's Suffrage movement. At the Paris Peace Conference of 1919 de Witt-Schlumberger raised a women's issues and advocated that women be appointed to participate on the committees and allowed to present a plea for women's equality. 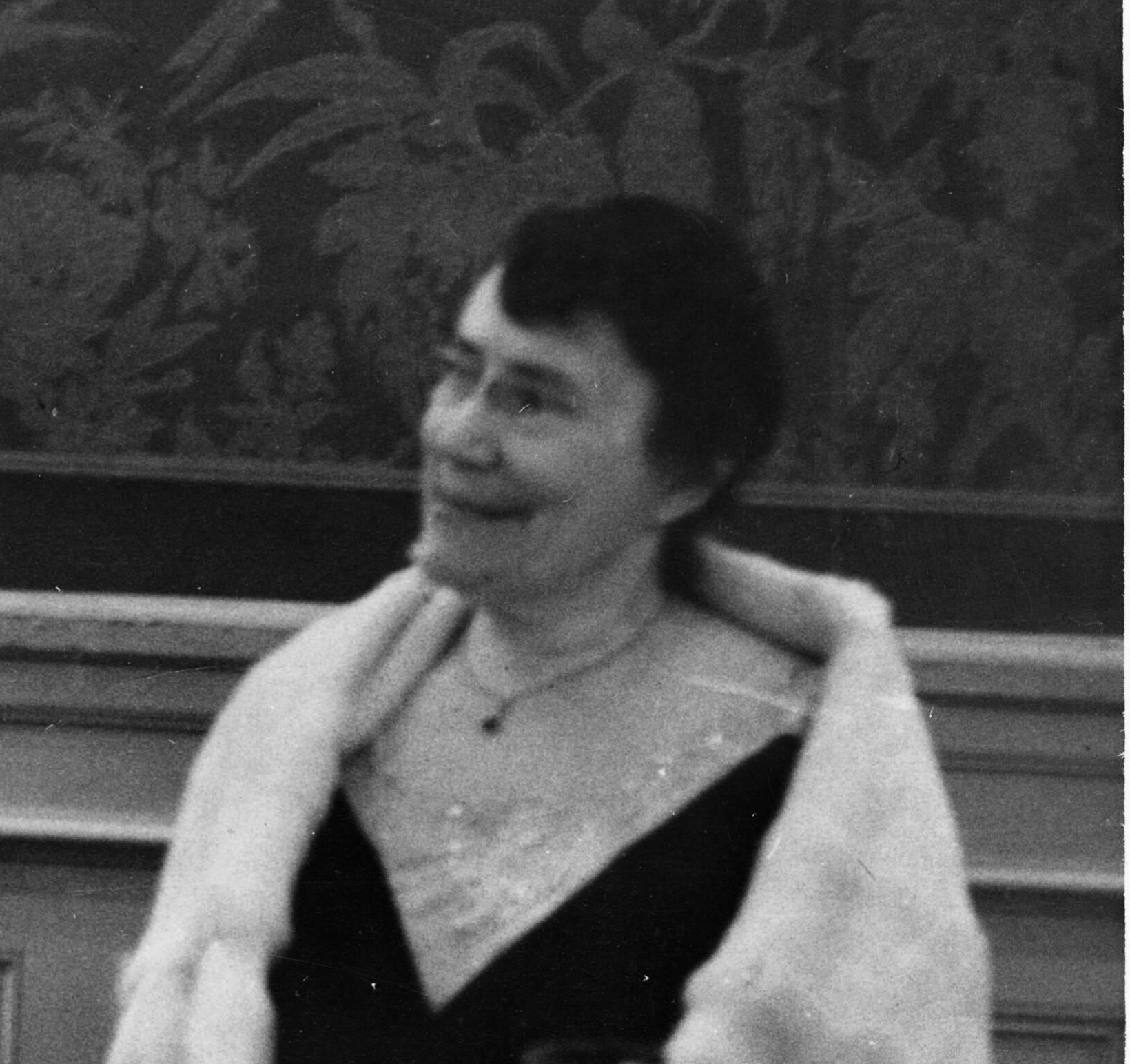 Mary Emma WOOLLEY (1863 – 1947) was an American educator, peace activist and women's suffrage supporter. She worked on U.S. entry into the League of Nations. She was as a delegate to the Conference on Reduction and Limitation of Armaments, which met in Geneva, Switzerland, in 1932.

How illogical it is to assume that it is impossible for the larger groups of nation and race to establish among themselves the friendliness which is so apparent among the individuals, themselves.

Mary Emma Woolley, only woman delegate from the United States of America to the World Disarmament Conference
1 January 1934

League of Nations and Gender Equality 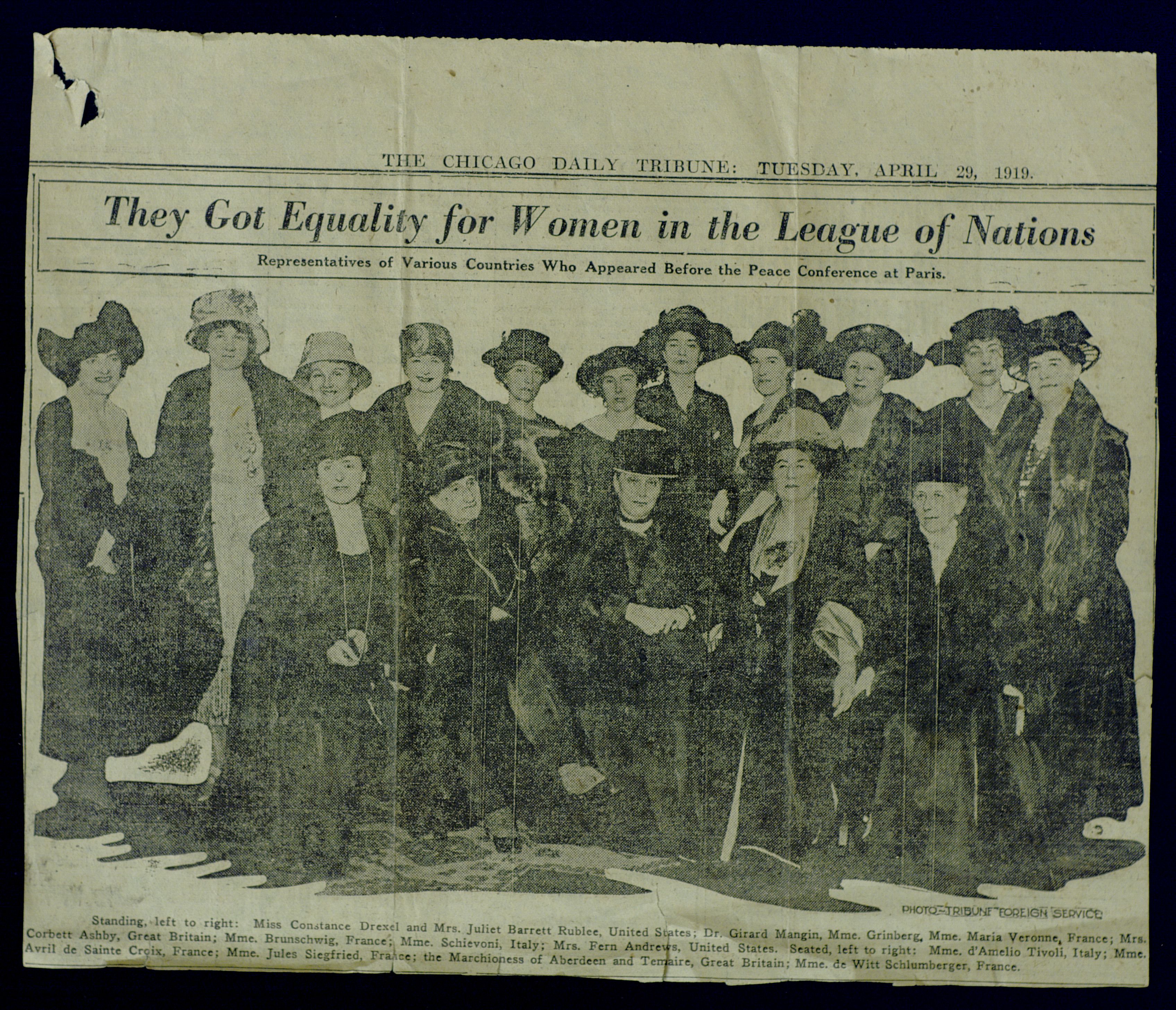 The establishment of the League of Nations was for many at the time a symbol of hope for international cooperation and progress.​​ Women's organizations especially made concerted efforts to have the issues which were most important to them recognized by the League.

The League of Nations Covenant did state in Article 7 that "all positions under or in connection with the League, including the Secretariat, shall be open equally to men and women".

"[The League of Nations was] the beginnings of the formulation of a 'dialectic,' indirect and two-way strategy that has been used to advance women's objectives throughout the history of the United Nations. When women found it very slow or impossible to promote their objectives at the national level...they took their issue to inter-governmental organizations." From The Unfinished Story of Women and the United Nations.

​ Resolution 1325 on Women, Peace, and Security