League of Nations and the League's Commitment to Disarmament

Founded on 10 January 1920, the League of Nations (fr. Société des Nations) was born out of the atrocities of World War I (28 July 1914 - 11 November 1918). Four years of the war caused more than 40 million casualties across Europe: about 19 millions of deaths and more than 23 million wounded militaries. After the War, the diplomats of 32 nationalities assembled in Paris Peace Conference for the open discussion about peace, disarmament and territories issues.

"Faced with the overwhelming task of bringing order to a world shattered by four years of bitter fighting, the Paris delegates were convinced that they had fashioned a just and lasting peace. The Treaty of Versailles, one reads how world leaders struggled to deal with the aftermath of the War to End All Wars".

The American president Woodrow Wilson pronounced a speech based on 14 points about the importance of creating a new standing organization for international cooperation with the objective to guarantee political independence and integrity of all states. This speech served as a basis for the Treaty of Versailles.

Johannes Bell of Germany is portrayed signing the peace treaties on 28 June 1919 in The Signing of Peace in the Hall of Mirrors. By Sir William Orpen. Source: WikiComm 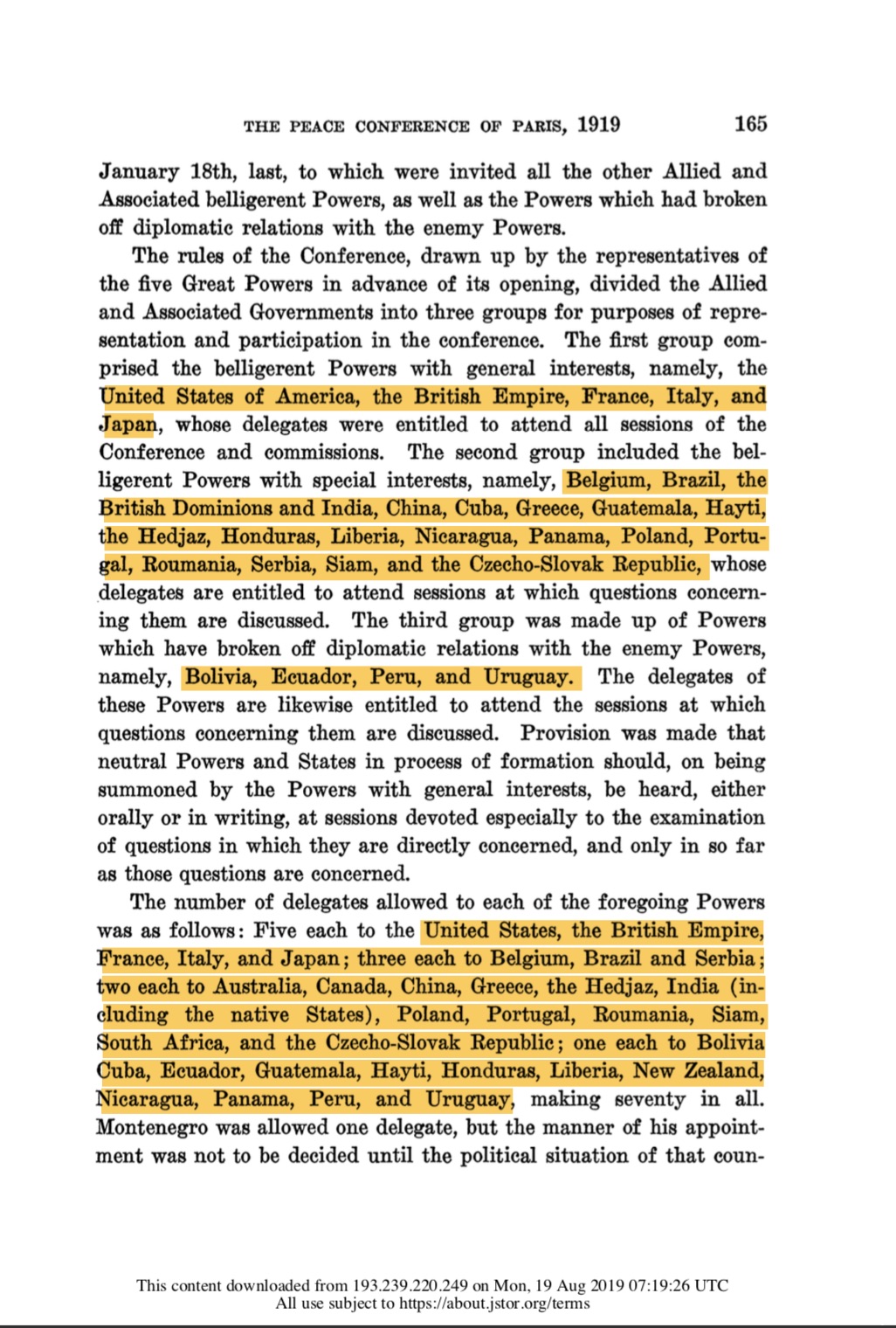 The main objectives were to understand how to go over the existing order:

"There must be not a balance of power, but a community of power; not organized rivalries, but an organized common peace." 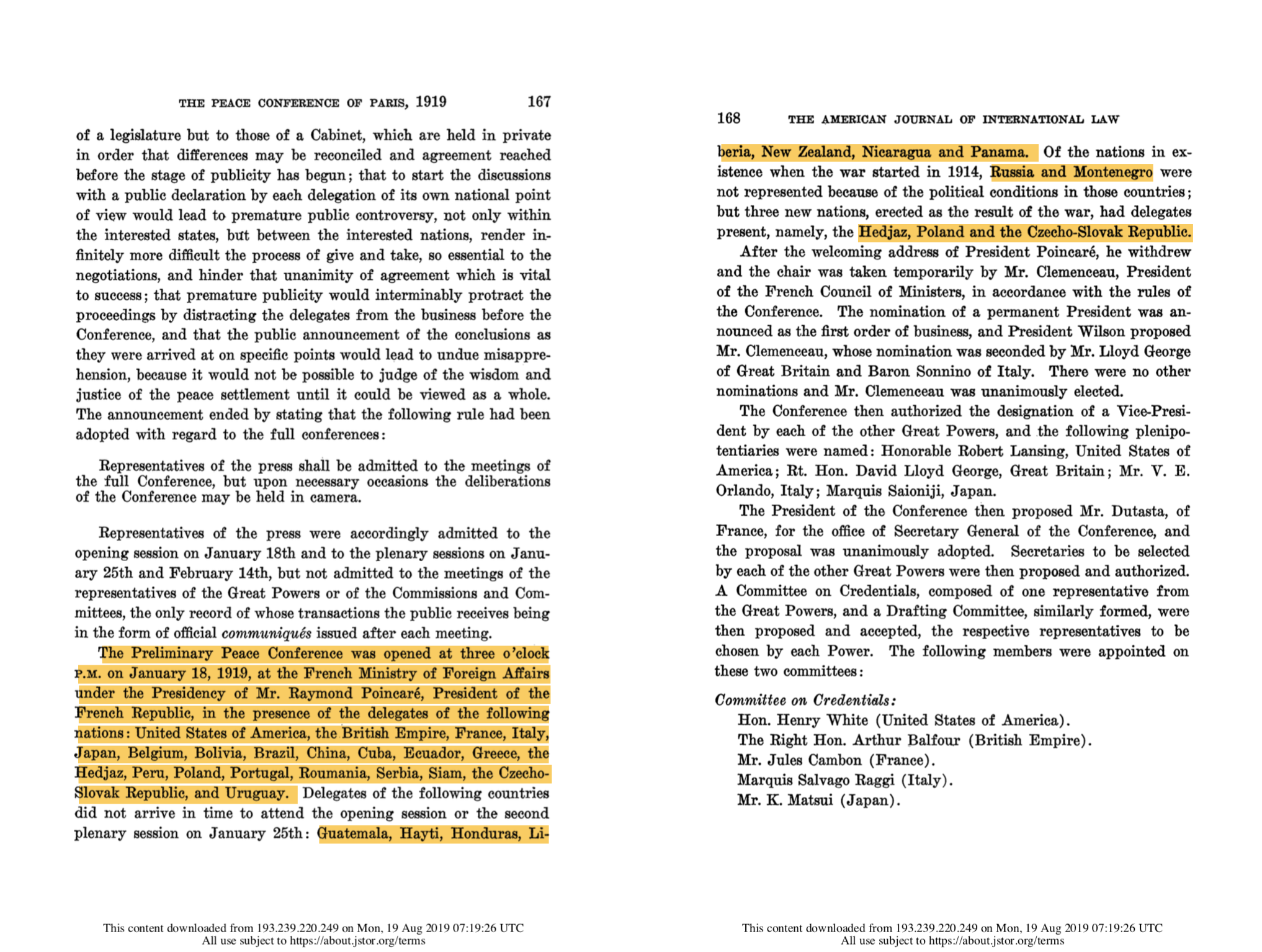 Read the full text: The Peace Conference of Paris, 1919

The League of Nations Archives hold a variety of rich sources on disarmament in the inter-war period:

7. Posters and caricatures in "Museum Collection" (index is available in the Reading Room);

*Please note that some of the sub-fonds and series do not yet have a detailed description in the Archives Catalogue. Printed finding aids can be consulted in the Archives' Reading Room and digital versions can be found under the section Finding Aids and Bibliographies of this Research Guide.

Article VIII in the Covenant of the League of Nations outlined the League's work with armaments: "The Members of the League recognise that the maintenance of peace requires the reduction of national armaments to the lowest point consistent with national safety and the enforcement by common action of international obligations. (...)"

The Permament Armaments Commission (PAC) was formed in accordance with Article IX in the Covenant of the League of Nations (see the link for the complete texts of Article VIII and IX): "A permanent Commission shall be constituted to advise the Council on the execution of the provisions of Articles 1 and 8 and on military, naval and air questions generally."

Moral disarmament was carried out with the help of education and propaganda "to inspire mutual respect between peoples and to emphasise their inter-dependence, which makes international collaboration a necessity". Moral Disarmament aimed to encourage international cooperation and understanding to ensure that war between nations could no longer be possible.

The Committee, to quote one of its own documents, regards international co-operation as the normal method of world government and of human progress, and has in all its activities a twofold purpose: first, the advance of knowledge and the maintenance of intellectual standards, and, secondly, the increase of mutual understanding and good will between nations. From ABC of the Peace Movement, Dates and Facts (1932)

See below the sources related to Disarmament and League of Nations:

Establishment of the League of Nations 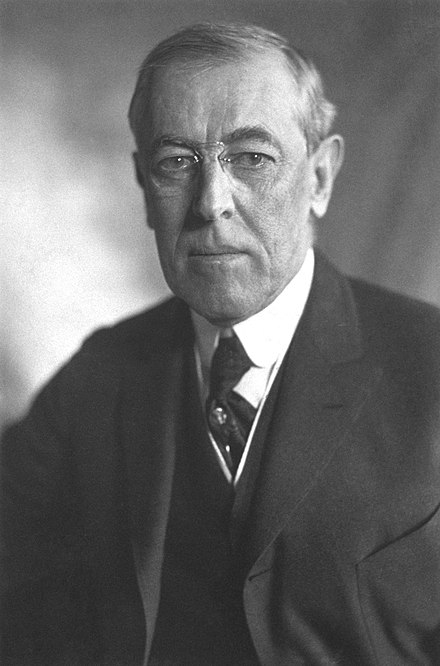 American statesman, lawyer, and academic,  28th president of the United States (1913 - 1921). Graduated from Johns Hopkins University with a Ph.D. degree in political science, Wilson is the only president with a doctorate. At the Paris Peace Conference, Wilson advocated for the establishment of a multilateral organization -  League of Nations.

The League of Nations was an international and intergovernmental diplomatic organization, developed after World War I. The main objective of the league was to maintain of peace in the world, to establish a peaceful global order and ensure collective security and disarmament, “to develop cooperation among nations and to guarantee them peace and security. The League was created to provide a forum and encourage parties to resolve peacefully conflicts and help international community to reduce a number of warfare. 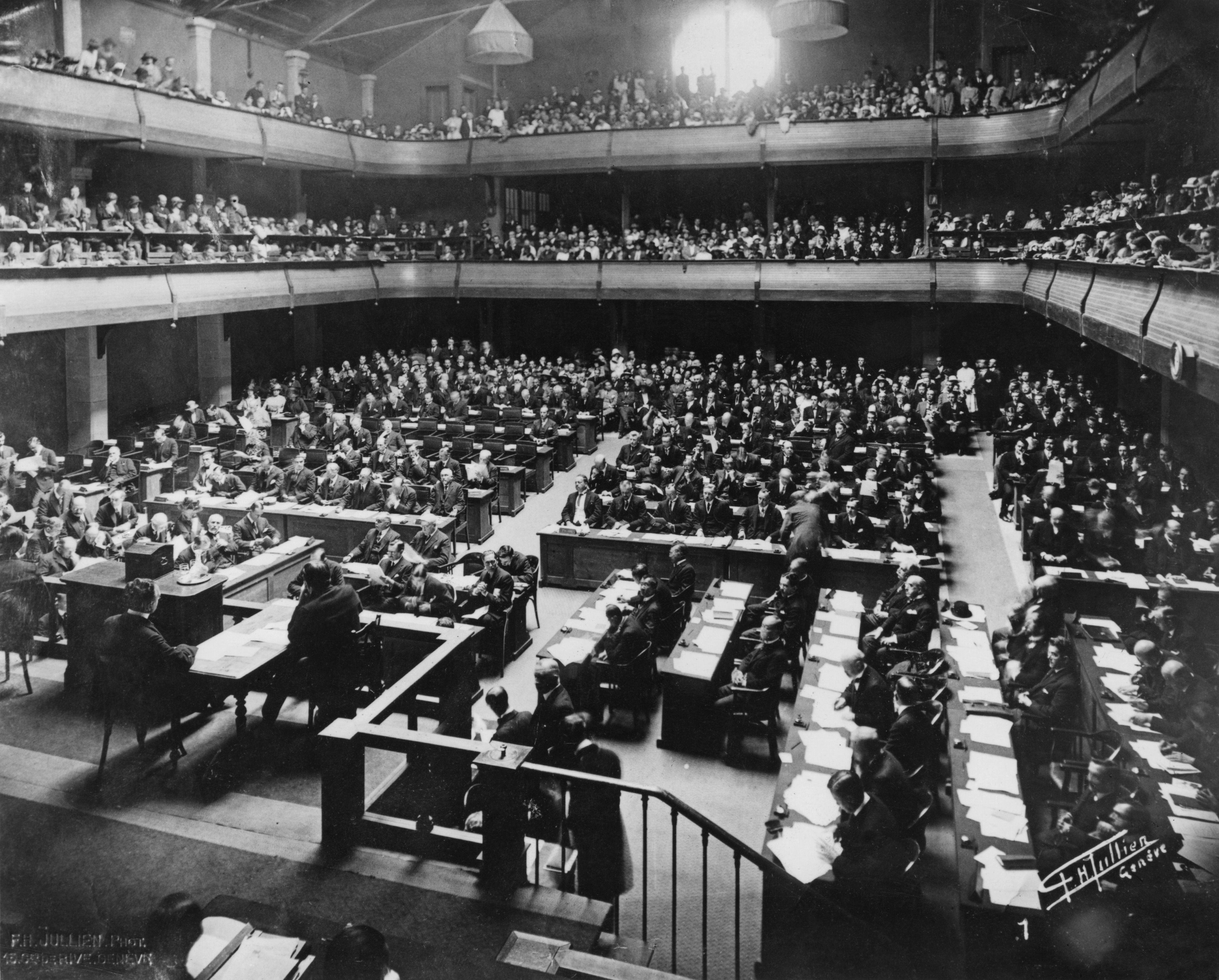